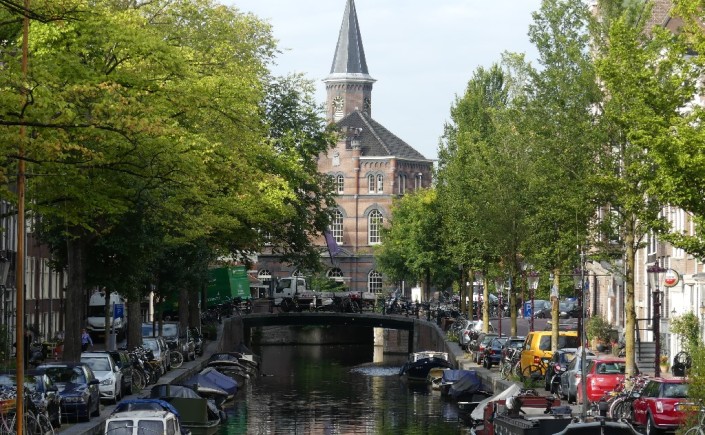 The train ride from Rotterdam to Amsterdam is a quick one – only 40 minutes if you ride the InterCity Direct line. There are other regional trains that you can ride as well, but they take nearly twice as long to cover the same distance. The ICD only stops at the airport and at Amsterdam Centraal Station. Anyone riding to the airport has to pay a surcharge, but if you ride the train all the way into the city, no surcharge is imposed. You will need to scan your ticket on the way into and out of the railroad stations in the Netherlands. This is the only country where we have had to do so. We were a little confused because we are using Eurail passes, so did not have a ticket to scan in order to get through the turnstiles, but there is a QR code to scan on the Eurail pass cover that works.

The landscape between Rotterdam and Amsterdam was filled with windmills – of the modern kind. In other words, wind turbines. I did see one “regular” windmill as well. We passed fields of cows, horses, and sheep as well as multiple greenhouses. I believe they were filled with flowers (probably tulips).

As we exited the station in Amsterdam, we were approached by two young women in striped outfits. They told us they were on a scavenger hunt and were supposed to escort a grey-haired person across the street. We both may have grey hair, but I don’t think we are so far into our dotage that we need help crossing, so we declined to play along.

We had tickets to Anne Frank’s House at 10:45 so we headed there first. It is about a 20-minute walk from the train station and a very pretty walk. Of course, being Amsterdam, there are canals everywhere. And, there are tourist boats everywhere that will take you on canal rides. 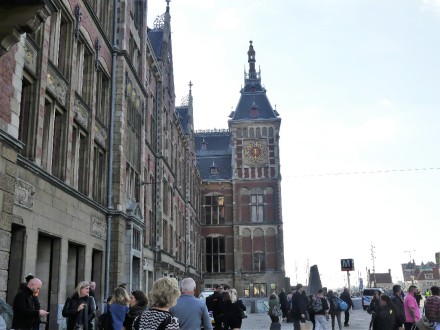 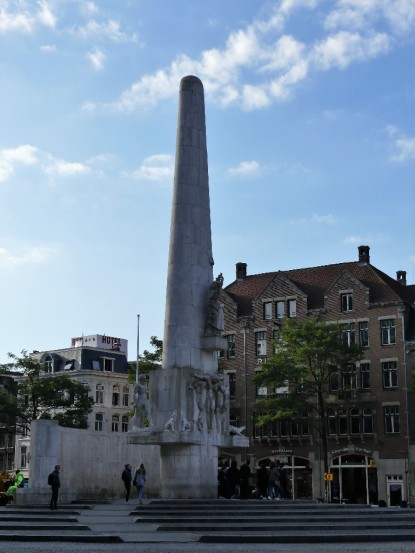 There are also bicycles everywhere. They not only have their own lanes, they have their own traffic signals. Cars yield the right of way to pedestrians, but bikes do not. They own the road here. 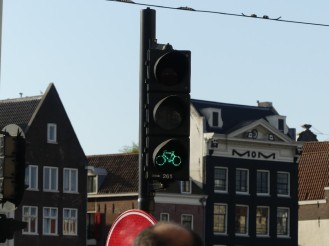 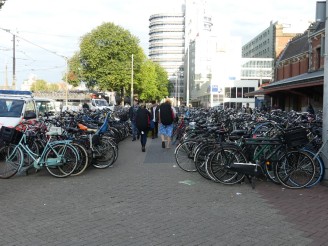 We got to Anne Frank Huis an hour ahead of time. You absolutely must get your tickets online before arriving; they become available two months ahead of time. I booked ours exactly two months out and some time slots were already sold out. This is one place you must plan ahead for. 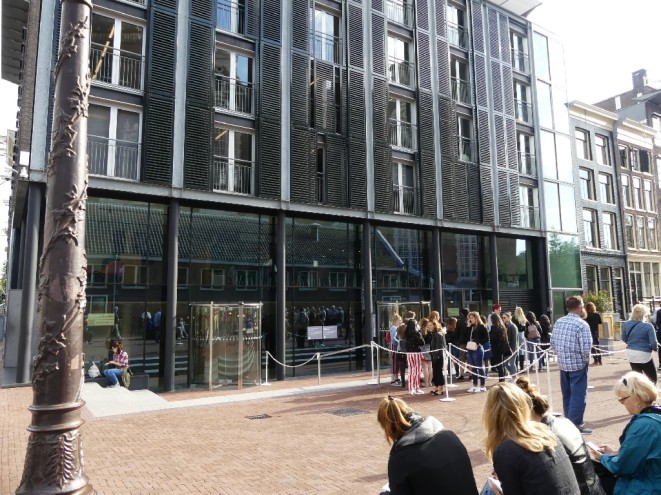 We had some time to kill, so headed next door to Pancakes! Amsterdam for coffee and a treat. We opted for Poffertjes, which are mini Dutch pancakes. There are multiples toppings to choose from. We went for butter and powdered sugar. We walked around the Joordan neighborhood as well. It is a nice place to stroll away from the crowds closer to the tourist areas. 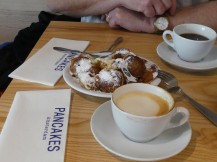 We returned to Anne Frank Huis in time for our tour. At 10:45, we were allowed to line up to enter the museum. There is a place to check backpacks (or, you can wear them on your front if you don’t want to check it) and free audio guides are provided. Photography is not allowed.

I have read the Diary of a Young Girl, multiple times and was deeply moved by it. I have cousins that were hidden during the war as well. For me, it was a meaningful experience to walk through the rooms that the Frank family hid in until they were sent to concentration camps. A couple of caveats – even though they allow one group through every 15 minutes, it is very, very crowded. If you are claustrophobic, you will have a tough time here. Also, the stairs are very steep and narrow, so if you have any mobility issues, you will not be able to manage them. That being said, it was a very worthwhile visit for me.

We did not visit the Rijksmuseum. I enjoy art museums; Clayton, not so much. I have heard that it is another place that it is worthwhile to pre-purchase tickets so you do not have to wait in line when you arrive.

I am sure you have also read that there is a pretty big difference between cafés and coffee houses in Amsterdam. The coffee houses sell marijuana. Walking along the street, you definitely smell cannabis emanating from open doorways. Since marijuana is legal where I live, this is no big deal for me, but I suppose it is a draw for others that may not live in such an open place. The coffee houses all looked pretty full of young people. 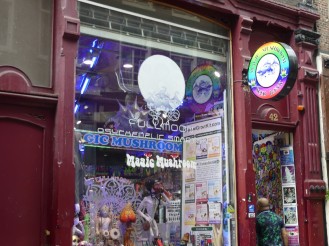 There are many restaurants purporting to be steakhouses. We had lunch at one, but didn’t really see steak on the menu. They did have waffles and pancakes, but since we had already tried some pancakes as a snack, I wanted something more substantial. I ordered a chicken schnitzel sandwich. What I got was a toasted baguette, a breaded piece of pre-formed, deep fried chicken, and a bit of some brown gravy. Not very tasty.

The rest of the time was spent wandering around. I took way too many pictures of the canals because they are so pretty. We passed by a few cheese shops, but I would think that you would have to ship the cheese home. It would be tough to carry back on the airplane! We did not see any wooden shoes, except for the oversized ones at the City Sightseeing office. We did see some ugly slippers that were supposed to resemble wooden shoes. I guess someone must buy them! 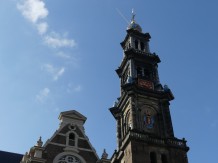 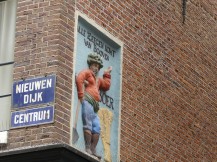 On the way back to the train station, I took a few photos of the bike parking lots located there. Clayton found a bike with a parking ticket. Given how many bikes there were and how cram-packed together they were, how would anyone know that a bike had been parked there too long? 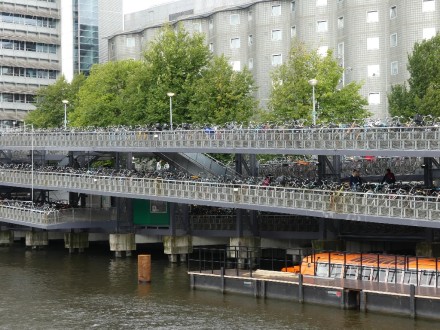 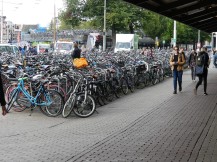