After 3 a couple of days in Shanghai, we are definitely ready to move on. The next part of our trip is a 4-day Yangtze River cruise on the Century Sun cruise ship. In order to embark on the quiz we must get to Yichang. Unfortunately, there are only two flights daily to reach there from Shanghai – an early morning flight and a 6:50 pm flight. Gate 1 thought the evening flight was a better choice so we had a day to kill, so to speak.The plan for the day was to check out of the hotel by 10 am and spend some additional time in the city before heading to the airport.

Today, we will be touring more of Shanghai before flying to Yichang to catch a 4-day Yangtze River cruise. Up until now we have avoided the traditional shopping stop but that was rectified by a stop at a “Silk Embroidery Museum” – aka an opportunity to spend he thousands of dollars on a traditional Chinese art. The embroidery was truly amazing and considering the amount of time that it can take to create a piece (months, depending not the degree of complexity of the piece). The more luminescent the piece, the more layers of embroidery, and the more time to create. The tiger is made up of 5-6 layers. The picture does not really capture how amazing the embroidery is. Too bad one of the sales ladies followed our every move trying to offer us a great deal on any picture we stopped to look at! One of the women in our group actually purchased a piece of art and had it shipped home. Many others bought the small, $30 versions of some of the larger pieces. There were also carpets for sale and yes, one couple purchased a carpet. And that, folks, is the reason that are forced to attend these sales pitches – there are always those that will buy. 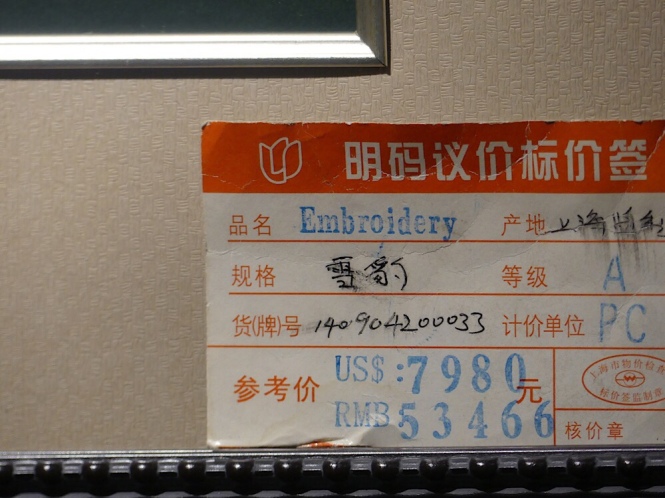 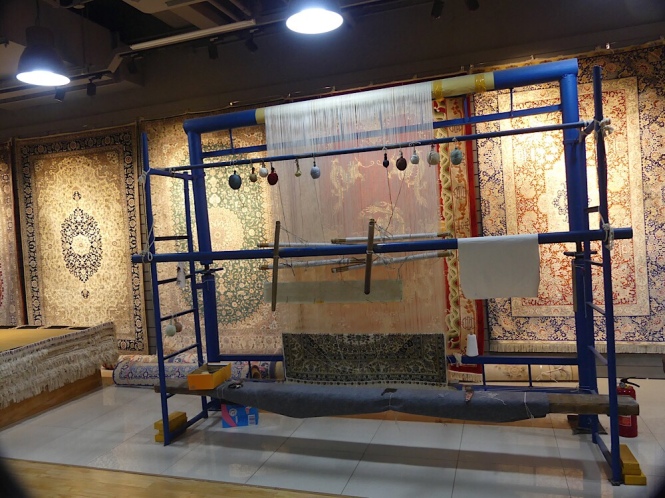 Next up was a visit to Chinatown. Say what? We are in China; how on earth can a city have a Chinatown? The old part of Shanghai was developed by Europeans, so there is indeed a section of the city that is considered its Chinatown. Inside this area is a beautiful traditional garden known as the Yu Garden. It is surrounded by many shops and restaurants. This is quite a popular tourist area and was jam-packed full of people. We had visited here last year so didn’t stay for the guided tour of the garden. Instead we found a place to eat and had a snack. Then, the rain started and it rained quite hard the rest of the day. Too bad our rain gear was on the tour bus. . .So, we hung out at Starbucks until it was time to meet our group. 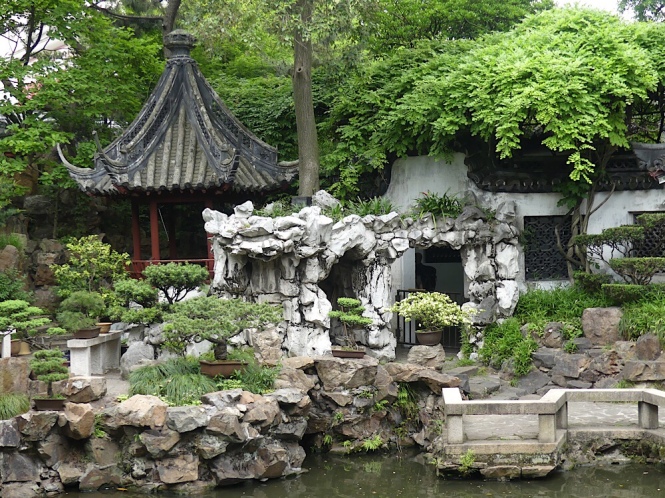 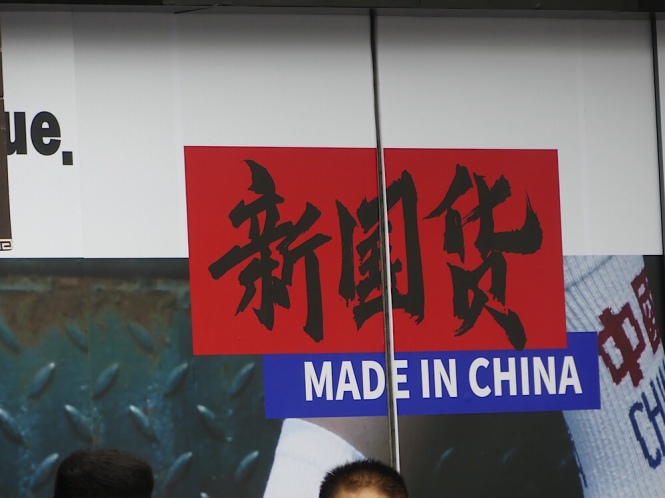 The most interesting part of the day was the local information we got from Sean driving from place to place. He was raised in Shanghai, but the city has changed dramatically over the past 30 years and is no longer at all like it was when he was younger. There are a few areas of the city that still retain the old flavor. They contain 2-3 story houses that were built by Europeans. When the Communists took over the houses were subdivided into up to 10 much smaller apartments. There was only one toilet per house and so each apartment used a “bucket toilet”. There was no shower at all and so once per week people would go to a public shower and purchase a ticket for a 15-minute shower. That time included the time needed to dress and undress and so if you ran short of time, you had to purchase another ticket. Of course, there was no air conditioning in the units and so during the summer they were very hot. People slept outside rather than in because it was more comfortable. Though the conditions were primitive, families became close and relied on each other. Now, in the high rises that have cropped up to replace these homes, people no longer know their neighbors. The government pays people to leave the older homes and moves them to the new facilities. The social structure of the country has changed as a result of this.

We were driven to a local restaurant for another Chinese feast before saying goodbye to our local guide, Sean. From there, it was about an hour drive to the airport. Our passports and luggage had been collected from us earlier and so check-in had already taken place. We only needed to get our passports and boarding passes from Rose before going through security.

Chinese airport security is a unique experience. It makes the TSA seem light-hearted and simple. Rose had warned us ahead of time to remove all batteries and portable chargers from our checked luggage. These had to be in our carryon bags. In the USA when we go through security, we must remove shoes and put liquids in a quart sized bag. Here, you could wear your shoes, but had to remove any electronic equipment (including cameras), empty water bottles, and umbrellas. Yes, apparently umbrellas are dangerous objects! By the time I took all of the special objects out of my backpack, it was pretty much empty. The airport in Shanghai is enormous; we were at gate 251.

In order to reach the plane, we had to take a bus; the bus ride was a good 10-15 minutes long. It took so long to taxi to the runway that I fell asleep along the way. We finally took off and had a two-hour flight to Yichang. By the time we picked up our luggage and drove to the ship, it was after 11 pm. After a really long day, we finally were unpacked and ready for bed at midnight. As exhausted as I was, I could not get to sleep. It was about 3 am before I managed a few broken hours of rest.

Today was the first day we were pretty frustrated with being on a group tour. I think much of it has to do with exhaustion; until I can sleep at night I will not be my usual self. You would think that I would eventually get tired enough, but that has not happened yet. Grrrr!