Today is a turn-around day for the NCL Jade. Passengers that we have been with for the last 15 days are disembarking; a new set is embarking. Only 17 aboard are doing a back-to-back cruise like we are. We decided to catch a taxi into old town and walk around a bit while the cabin attendants work at a fever pitch to get the rooms cleaned up and ready for the new passengers.

We decided to avoid the buffet; almost everyone eats there on the last morning. We headed to O’Sheehan’s for our usual breakfast. They may not have the extensive menu that the main dining room does, but make up for it with quick service. Though we were in no hurry to get off the ship, we couldn’t really see any good reason to hang around, either. So, we headed out around 8:30 am. On the last day, some of the ship’s crew lines up to say good-bye to the passengers. We were happy to tell them that we weren’t leaving just yet!

We grabbed a cab to Bar Gate, a medieval gate on the upper end of the old town area. Our cabbie tried to talk us into going to Winchester but we were not interested. He ended up charging us more than the cab that we took to get from the bus station to the port a couple of weeks earlier. I guess it was the special “cruise passengers” rate! Or, he was unhappy to pick up such a small fare. I think most of the cabs at the port were hoping to pick people up to take them all the way back the London Heathrow. We paid him what he asked and he dropped us off at Bar Gate.

After learning about castle defenses from our last guide, I was able to see some of the features in the gate he had described to us. Bar Gate ruins is part of the original fortifications here; there are remnants of the castle wall here and there as you walk through town. We meandered a little to the west and ran into the big shopping mall; it wasn’t open yet because it was a Sunday. The building next to the mall contained a car park (parking garage) and restaurants. We found a restaurant that offered free wi-fi and got caught up on paying bills, reading email and all of that fun stuff.

By now the skies had opened and it was raining pretty hard. Despite the rain, we decided to walk back to the ship since we had plenty of time. There really isn’t too much exciting to see in Southampton. There is a Titanic museum but we weren’t interested enough in that to visit. We have seen exhibitions of Titanic memorabilia in the U.S.; I doubt this museum had much more to hold our interest.

As we walked, I took pictures of anything that looked like part of the original fortress. I noticed there were plaques embedded in the sidewalk. Just like at Skara Brae, they were sequential historically. I took pictures of a few that I found interesting. We passed a war memorial and made a quick stop there. The British are really big on their WWII memorials. So many lives were lost; the war had an enormous impact on the townspeople here. 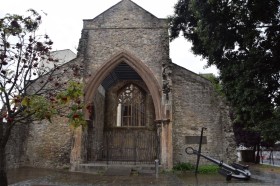 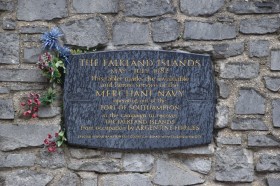 We reached the avenue that stretches along the waterfront and walked along it until we found the terminal gate where our ship was docked. The man at the gate told us that it was another mile to the ship. No problem; we were dressed for the weather! We passed a large parking structure and parking lot filled with cars ready for export. I have never seen so many Mini Coopers in one place! Following the Minis were Jaguars; following the jags were Range Rovers. By now, it was about 11 am and the cruise terminal was now full of those checking in and waiting to be allowed on the ship. Because we were back-to-back cruise passengers we were allowed to walk past everyone and go directly through the security lines and onto the ship. 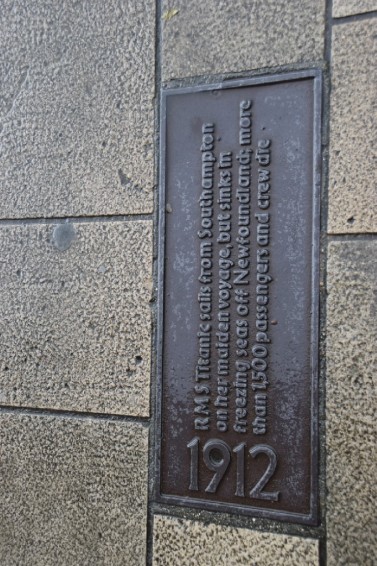 The ship was deserted except for the crew who were getting everything prepared for the new passengers. We headed up to the buffet for some tea. At about 11:30, they started embarkation. We spent the afternoon relaxing and doing some people watching. This new group seems to have many more Americans than the last which was predominantly British and Chinese. It also looks like a much younger group, too. There are not many families but at least we no longer look like the youngest people on the ship!

Just curious – I assume Skittles must mean something different here than in the USA: