Military museums are not usually my thing, but I must admit that this one was quite interesting. It is located by the Flag Tower of Hanoi, directly across the street from a statue of Lenin. There is a small admission charge. 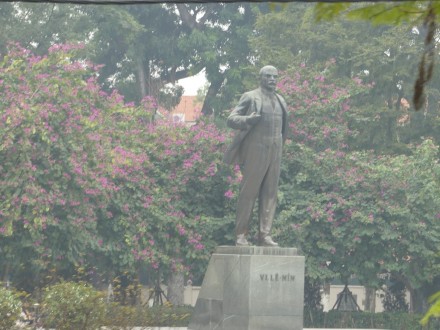 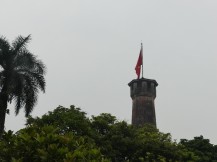 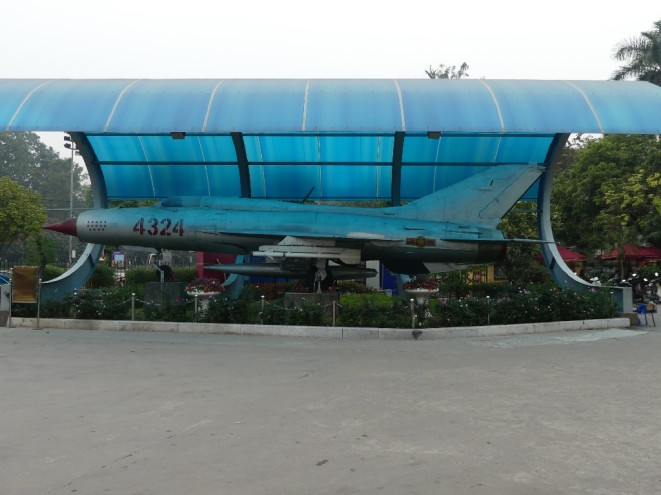 There are a couple of military planes outside the museum entrance. The first building contains displays about ancient military history, but most of the rest is dedicated to 20th-century wars. Signage is in Vietnamese and English for the most part, though there was one building that only displayed information in Vietnamese.

It would’ve been helpful to have a map of the layout; perhaps we should’ve rented the audioguide to keep us on the correct path. There were multiple buildings on the grounds; each had two levels and each level had a few different entrances. If you followed the correct sequence, you would know all of the histories from the French occupation to current times. 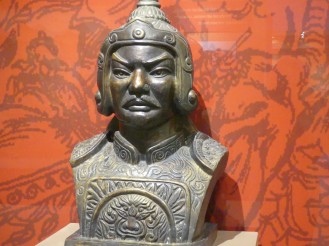 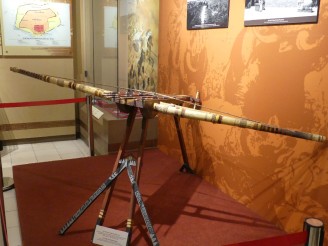 Naturally, there was quite a bit of propaganda and all information was regarding the heroic effort of the Communist party to free their people from the oppression of the French and from the puppet government supported by the United States. France did not treat the locals well. From my limited understanding of this part of history, much of what followed WWII could have been avoided if the French had been willing to let the Vietnamese rule their own country.

A few displays really stood out for me. The weapons used in guerilla warfare were quite wicked looking. Spikes were buried in the ground and then covered, making it unsafe to walk.

The Cu Chi tunnel display was impressive. I had no idea how elaborate the tunnels were. We will most likely visit them when we go to Ho Chi Minh City.

There were a couple of displays showing how very difficult it would be to detect the enemy in the jungle.

Behind the building were multiple military vehicles and weapons. 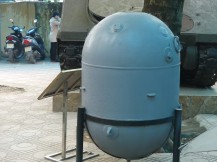 Most impressive was the plane that had taken a nosedive.

If you have any interest in the wars of Vietnam, this is a worthwhile place to visit.