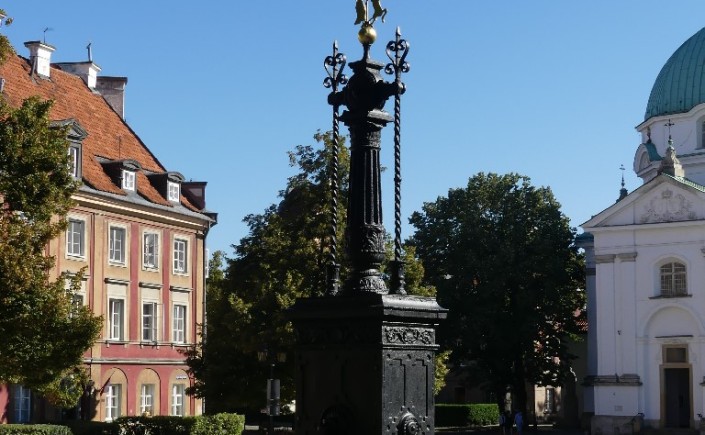 We arrived at the Berlin HBF mid-afternoon on a Monday with the heat wave going strong. We had booked a room at the Motel One near the HBF and were relieved to find that it had air conditioning. Rather than trying to do any sightseeing in the worst heat of the day, we dropped off our bags and returned to the HBF to do some “housekeeping” items so that we could hit the ground running the following morning. We had pre-purchased Berlin Welcome Cards and had read that we would need to get them validated before using them the first time so wanted to know where to get that done. We also needed to get another travel diary page for our Eurail pass. You are required to fill in each train journey you take; since we are taking quite a few, we knew that we would run out of space on our form eventually. Since we had some time, we figured that this would be a good time to pick up a spare. Apparently, 4 o’clock on a Monday afternoon is not an optimal time to do either of these; the lines at both the TI and the DB office were out the door. Not worth the wait!

The HBF in Berlin is very modern and has multiple floors. At first glance, it is quite confusing. Trains arrive and depart from both the top and bottom level. The floors in between are comprised of multiple shops and restaurants. We wandered through, attempting to familiarize ourselves with the layout. We had dinner at an Italian restaurant, and then headed back to the room to finalize our plans for the next day.

The forecast for the week was for continued heat; by mid-morning each day, the temperature had already climbed to the 90’s and continued to climb until early evening, topping out at around 99. I knew that we would not want to do a lot of walking around in the heat but we really wanted to do a tour of the Sachsenhausen Concentration Camp so decided to do that on Tuesday. Wednesday, we would take the Hop-On Hop-Off bus. Thursday, we planned on visiting Checkpoint Charlie and the Topography of Terror Museum. There are so many other places here we would like to see, but realistically, it is not worth risking getting heat exhaustion or sunstroke, so we will return to Berlin another time in order to more fully experience it. There were several walking tours that we had planned on taking but again, given the weather, I knew I could not manage them.

Following Berlin, we headed to Warsaw for several days. Like Berlin, I had visited Warsaw in 1974. Things have definitely changed for the better there.

We will be visiting several Concentration Camps as part of our journey. These visits are deeply personal and meaningful for me, albeit very difficult.

As usual, click on the links below to read about our experiences:

A Pictorial Tour of Berlin

One thought on “European Rail Adventure, week 2: Berlin and Warsaw”